Full Guide On How To Save In Genshin Impact

I. How To Save Your Game In Genshin Impact

Genshin Impact requires players to have a good internet connection to log in and enter the game. Then, all the game processes will be saved. The auto-save feature is available on all platforms, including iOS, Android, PC, and PS4. Therefore, you can close the game any time you want and come back later to continue to do the mission. The game process is saved automatically so that you can start at the point you quit.

The temple quest is pretty different from the game quest on the open map. This RPG has a lot of temple quests that are often long and challenging. Check out how to save the process during these temple quests here.

1. Is Genshin Impact Saved In Temples?

When you need to quit or close the game while exploring domains and temples, you need to use checkpoints inside temples. Unlike other points on the map of Teyvat, you cannot quit while doing missions in domains and temples and restart at the same point. However, the game process within these temples will be saved in Save Points or Checkpoints insides. When you quit midway, these Save Points let you restart the process at the location of these green Checkpoints. 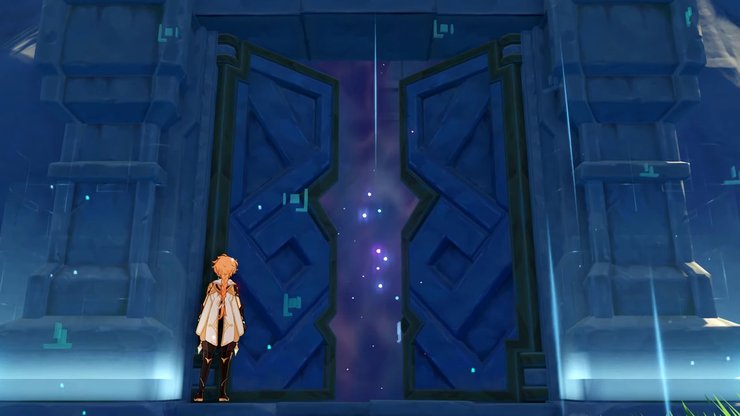 Domain quests are pretty different from normal quests on the map.

2. How To Save Genshin Impact In Temples?

Don't ignore these Save Points in Genshin Impact Domains and Temples. If your phone/PC shuts down suddenly due to battery or connection issues while you are exploring the domain, you will have to restart from the entrance of the domain if you miss these Save Points. To save the game process in Temples and Domains, you only need to run to the Save Point and stand at that point for a second until it lights up. Then, you only need to log in again and resume the domain quest at that point. Activate all Save Points in the temple during the exploration to save the process.

1. Does Genshin Impact save across platforms?

Yes. But only Genshin Impact mobile and PC players can use cross-saves between these two platforms. It means that your saved files can only be sent between mobile devices and PC. PS4 players cannot use the cross-save data. To use the cross-save system on mobile phones and PC, you need to log in with the same Genshin Impact account. It means that you need to use the same email address and select the same server on both devices. For example, if you select the server Asia on mobile devices, you have to select this server when you play this game on PC. The cross-save system is only available between PC and mobile devices now.

2. How to cross-save in Genshin Impact PS4? The cross-save system is not available on PS4 now.

3. How often does Genshin Impact save?

Always. The game system always saves your gaming process. But in temples and domains, you need to use Save Points to save the game process or you have to start over. Always check in the new room in the temple quests at green Checkpoints.

Genshin Impact Deep Within the Temple of the Falcon Gameplay Guide

This is the full guide on how to save in Genshin Impact. You can't do it manually but your game process will be saved automatically. Then, you can resume the game at the point you quit the game. It's very convenient for gamers.