Sucrose is a great budget crowd control character in Genshin Impact. Check this article to find out more about the best teams for her.

In this article, Gurugamer.com is going to showcase the best Sucrose team comps to maximize her support capability. Sucrose is mainly built as a sub DPS. While it is possible to build her as a main DPS, her kit does not support it.

Hu Tao and Xingqiu are the main combo of this team, dealing damage with Vaporize reaction. Xingqiu's burst can apply Hydro to enemies continuously for Hu Tao's attacks to trigger. Hu Tao can be replaced with Diluc or other Pyro DPS like Xiangling if needed. 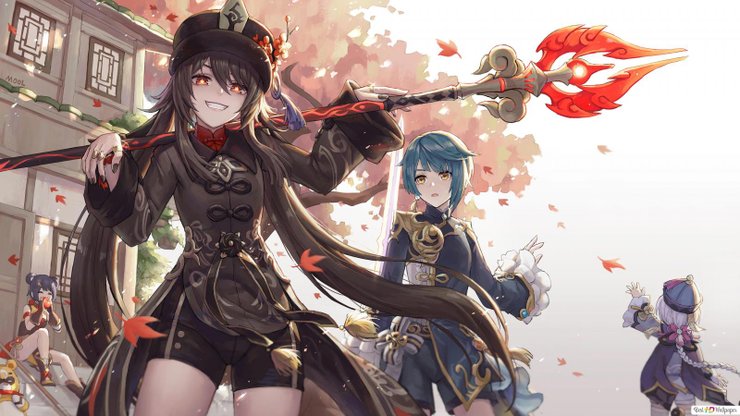 The best team comps for Sucrose involve damaging elemental reactions such as Melt or Vaporize.

Sucrose's main role in this team is to swirl Pyro with the Venerer set to reduce enemies' elemental reaction. Furthermore, she also provides elemental damage boost and crowd control. Players can replace Sucrose with Kazuha for even more damage.

Zhongli is a necessary pick to make sure Hu Tao can deal the maximum damage possible. As her skill's bonus damage triggers when she is 50% or lower, players need to shield her instead of heal.

Ganyu is the main DPS of this team, whose job is to trigger Reverse Melt with Pyro application from Xiangling. Diona provides Ganyu with Cryo resonance, shield, and energy recharge.

Xiangling is the second core of this lineup, applying Pyro to enemies - if built right, she can also trigger melt to deal damage herself. Sucrose is the main buffer, with the ability to crowd control and increase the team's damage via elemental mastery. Xiangling can be replaced by any other Pyro damage dealers. Ganyu is an essential part of Sucrose team build if you want to utilize freeze.

Ayaka deals damage with her burst, applying Cryo to trigger Freeze with Mona's Hydro application. Mona's burst is a decent source of DPS that applies Hydro in the process. Ayaka can replace Ganyu's position as a Cryo damage dealer.

The main source of DPS in this team is Reverse Vaporize reaction triggers from Childe and the two Pyro applicators. Xiangling and Bennett allow him to trigger damage constantly - the former can also serve as on field damage while Childe's melee form is on cooldown.

Sucrose's main task in this team comp is to group enemies together, apply crowd control, and provide a damage boost. The last support, Bennett, can increase the team's attack and heal when needed. Childe is a great character to pick in Sucrose team comp Genshin.

This lineup is designed for complete f2p and new players who want to build around Sucrose being the main Support. While she is not that effective in this position, anything goes if you are a new player.

Sucrose Support Any Any

Xiangling Main DPS Any Any

Amber Support Any Any

Barbara Healing Any Any

Sucrose is the crowd control support in this team comp, group up enemies for Xiangling to clear. Xiangling would spread Pyro with her skill and act as the main DPS.

Barbara would be the main healer of the team and apply Hydro for Vaporize triggers. Furthermore, Sucrose can swirl Hydro to spread it around. Amber is the final support of the lineup, enabling Pyro resonance with Xiangling. She can also deal a bit of damage with her skill and burst.