Here is the list of characters who were released in Free Fire in 2021. Let's see if you can remember all of them.

Free Fire releases new characters every update to give players more options with their playstyle. In 2021, they have released a total of 7 new characters, and some of them have become the favorite characters of many players.

Skyler is a character released during a collaboration with the Vietnamese singer SonTung MTP. His ability Riptide Rhythm releases a shock wave that can destroy Gloo Walls on its path. In addition, whenever the player places a Gloo Wall, they will gain health regeneration starting from 9. Skyler is currently one of the best characters in Free Fire. Free Fire Skyler is one of the best characters in Free Fire.

Xayne was introduced in the OB27 update. She has an ability that temporarily gives her 80 HP instantly and a 100% damage bonus to Gloo Walls and shields for 8 seconds. Xayne is a great counter to Chrono and she can turn around the result of a bad fight. However, her ability has a rather long cooldown.

Free Fire Xayne character can get you out of a lot of bad situations in the game.

D-bee was introduced in the OB28 update. His ability, Bullet Beats, increases players' accuracy and movement speed while they are moving and shooting. At the max level, players can get a 15% movement speed bonus and a 35% accuracy bonus. Dimitri was released during the Free Fire 4th Anniverasy. His ability creates a large circle around him that lasts for 15 seconds. Players inside the circle heal 3HP/second and can revive themselves. 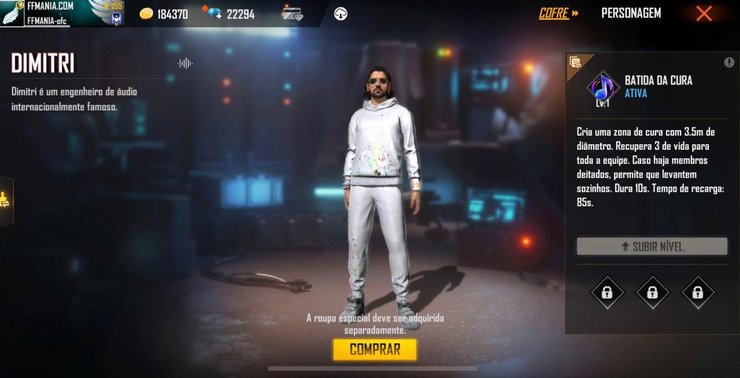 Dimitri allows you and your allies to revive themselves when they are down.

Thiva is another character who was also released during the Free Fire 4th anniverasy. His ability allows him to revive his teammates 20% faster and gives them 40 HP over 5 seconds when he successfully revives them. Thiva is a great character for players who play the support role in Free Fire. 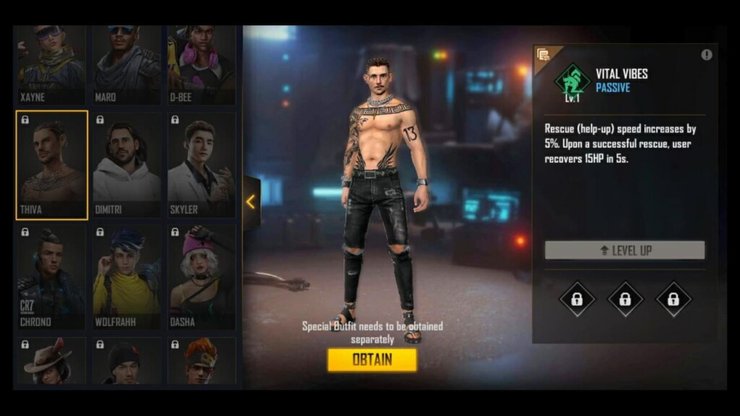 Thiva is a great character for the support role in Free Fire.

Leon is one of the latest Free Fire characters released in 2021 in the OB30 update. His Buzzer Beater ability can give players 30 HP after they survive combat. There are a lot of characters in Free Fire who can combo with Leon. 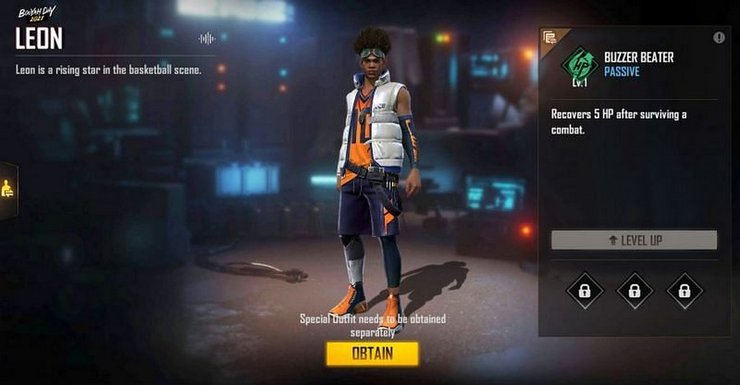 Free Fire Leon character can combo with many characters.

Otho is the latest character in Free Fire. His ability Memory Mist allows you to find enemies within the 50 meters of the enemy you just killed. Otho is a decent character for players who love aggressive gameplay. It also allows avoiding other players when you are at a low HP after a fight. Otho is the latest character in Free Fire.