Pokemon GO Umbreon: How To Get, Best Moveset, Strength, Weakness

Eevee is one of the most unique Pokemon in Pokemon GO because of its evolution. Here is everything you need to know about Umbreon, Eevee Dark-type evolution. Umbreon is a Dark-type Eevee Evolution in Pokemon GO.

In this article, we will tell you everything you need to know about Pokemon GO Umbreon.

About Umbreon in Pokemon GO 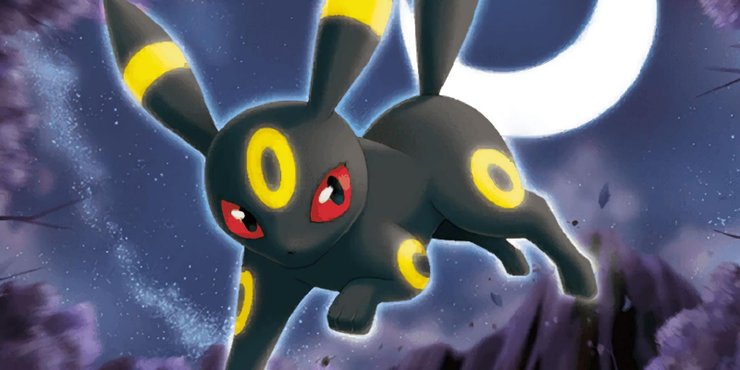 Umbreon is a Dark-type evolution of Eevee with amazing survivability in Pokemon GO.

Umbreon is a Dark-type evolution of Eevee. It has the highest attack among all Eevee evolutions. It has a Max CP of 2,137.

"Umbreon evolved as a result of exposure to the moon's waves. It hides silently in darkness and waits for its foes to make a move. The rings on its body glow when it leaps to attack."

What this Eeveelution lacks in strength is compensated by sheer bulk. It sports outstanding survivability and can help hold down a gym very well. However, it is only really useful in gym defense and shouldn't be used as an attacker.

How to get an Umbreon in Pokemon GO

You can get Umbreon in Pokemon GO by evolving it from Eevee. But if you just evolve your Eevee, it will turn into a random evolution.

There are 2 ways to 100% evolve Eevee into Umbreon in Pokemon GO. There is a chance that you can get a shiny Umbreon, but the chance is really low.

Eevee will evolve into a specific evolution if you give it the right name. Pokemon GO Umbreon's name is TAMAO. After changing Eevee's name to TAMAO, use 25 candies to evolve it and it will evolve into Umbreon. Eevee will evolve into Umbreon if you change its name to TAMAO in Pokemon GO.

Walking during the night Walk 10km with your Eevee as your buddy and evolve it at night to turn it into Umbreon.

Note that you MUST evolve Eevee at night to turn it into Umbreon. Or else it will turn into Espeon.

The best moves for Umbreon are Snarl and Foul Play when attacking Pokémon in Gyms and PvP battles. This move combination has the highest total DPS and is also the best moveset for PVP battles. The best moves for Umbreon in Pokemon GO are Snarl and Foul Play.

Feint Attack is just a little bit worse than Snarl in every aspect so there is no point using it. Dark Pulse has a much longer cooldown than Foul Play and as a result, it deals less damage.

Umbreon is a Dark type Pokémon, which makes it weak against Fighting, Bug, and Fairy moves. These moves will deal 160% damage on Umbreon. Here are the 5 strongest Pokemon and moves you can use to fight against Umbreon:

Umbreon is very weak as an attacker in PvE and in Master League. Umbreon is strong against Psychic type Pokemon with its Dark attacks.

Here are the Pokemon that are the most vulnerable to Umbreon's Dark attack:

Umbreon is a great choice in Ultra League and Great League because it is extraordinarily bulky. It can also fit in many different team compositions so it is easy to make use of Umbreon. Overall it is a great choice.