The new PUBG 13.1 Update will bring to the game a lot of amazing features. Check out full details of the upcoming update here.

PUBG PC continues to introduce a new update not long after the Taego update. The new PUBG 13.1 Update will bring to the game a lot of amazing features. Check out full details of the upcoming update as well as its release date here.

The upcoming update will be launched on August 4th on PC and August 12th on consoles. Players can experience it soon. Although it's not a big update like the Taego update, it still brings to the game a lot of exciting features. PUBG is getting more interesting with lots of new content. PUBG also reviewed all the new features in this update in a Patch Report video. Here are all additions in version 13.1.

The first change in this update is the burning plane which makes PUBG more realistic and exciting. The plane will decrease both its speed and height. When you are on a burning plane, you need to make a quick decision on where to land and jump out of it. If you jump late, you cannot fly too far. It will make the gameplay change a bit. If players can't get out of it before it drops them automatically, their HP will decrease by 50% because of the explosion's effect.

PUBG PC players asked the game developers to increase the number of loots and airdrops. Therefore, they add 5 to 15 care packages every flight to bring players more supplies to loot. Then, each supply fight will drop 6 to 16 loot crates containing bullets, medicines, throwables, weapons, etc. 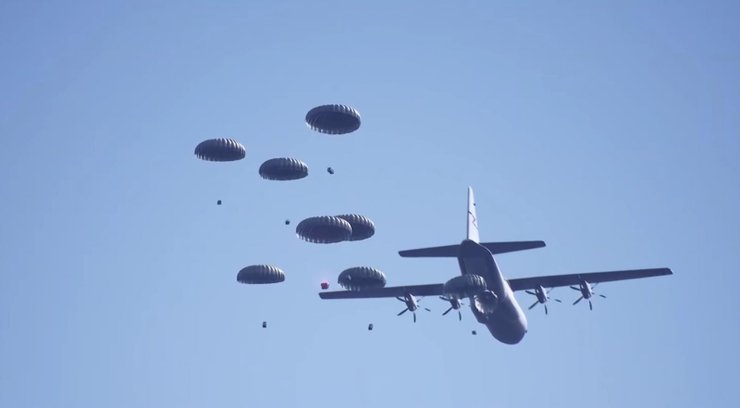 Players can get everything they need for the game from these crates. These airdrops are so attractive and appealing that more players want to rob them. As a result, the area of these loot crates will be hotter than ever before. So, don't spend too much time shopping. Leave before you become one of these loot crates. But these airdrop areas will be hotter.

Besides, there is a secret room on the new map Taego which costs thousands of dollars. This room contains the best weapons and supplies. But it's definitely not easy to access and loot these luxurious supplies. There is a new secret room in Taego.

Players have to find keys on the map to open this room. The facilities in this room can make you have to chance to win. Players can also find the self-AED kits here. If you use them wisely, the Chicken Dinner is on your plate. It has a lot of high-standard supplies.

The developers also changed the item spawn rate. They increase the spawn rate of self-AEDkits by 37%. However, the spawn rate of grips decreases by 1%, Molotovs by 3%, and Stun Grenades by 14%. Besides, C4, spike trap, and Emergency Pickup in Miramar also appear in Taego. There is a nerf in DMRs.

Besides, the scope-in speed, reload speed, and rate of fire will increase significantly. Meanwhile, DMRs will get a nerf in bullet drop and damage drop. In addition, QBZ's base damage increases from 41 to 42. The horizontal recoil of G36C and QBZ also decline.

The game added many trees and rocks to the map to give players more cover when running along the riverbank, on the hills and around mashes. It makes this map more balanced. Then, the gameplay will change a bit on Sanhok 2.0. Those are the biggest changes and additions in the upcoming PUBG 13.1 Update.