Star-Shaped Gem is needed to solve the Mural Puzzle on Tsurumi Island. See where you can find and how to use them.

All hidden treasures on Genshin Impact Tsurumi Island are connected to quests that use Star-Shaped Gems as keys. This guide will lead you to all Star Shaped Gem Genshin Impact locations as well as where to put them and how to find all the related Electro Seelies for the Mural Puzzle.

However, before starting this journey, make sure you have had the Peculiar Pinion gadget which is obtained from the Octave of the Mashiro world quest. Without this gadget, it will be impossible to find the gems. Where to find all Star Shaped Gem and Electro Seelie on Tsurumi Island.

This puzzle requires players to find three Star-Shaped Gems and put them into a wall, then find three Electro Seelie across Tsurumi Island, a new region introduced in the 2.2 update.

A large part of the puzzle occurs in the ruins beneath the Shirikoro Peak. Here below are the locations of all Star-Shaped Gems in the game.

The very first gem is behind a wall with a bird on it. This will be on your right when you go into the ruins. Near the wall, use your Peculiar Pinion to make a chest behind it reveal.

The Star Shaped Gem will be included in the Chest players find behind the wall.

The second Star Shaped Gem Genshin Impact location is also behind a wall adorned with a Thunderbird. This spot is directly in front of the labyrinth gate that leads further into the ruins.

Also, use the Peculiar Pinion on the wall to get another chest. As a mechanical opponent will prompt as soon as you want to open the chest, make sure to defeat it with your team party. 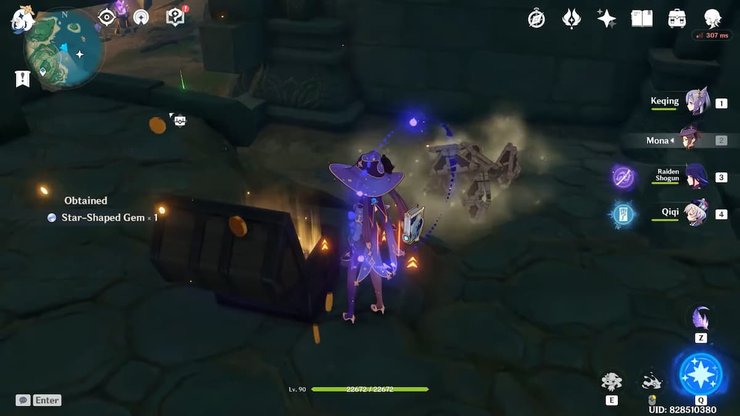 You can find the last star-shaped gem behind another wall which is down the stairs close to the previous two gems. Go down the only staircase there and once again, use the Peculiar Pinion on the wall. Keep going on that route and climb to the hole up in the ceiling which is above the Electro Seelie puzzle. 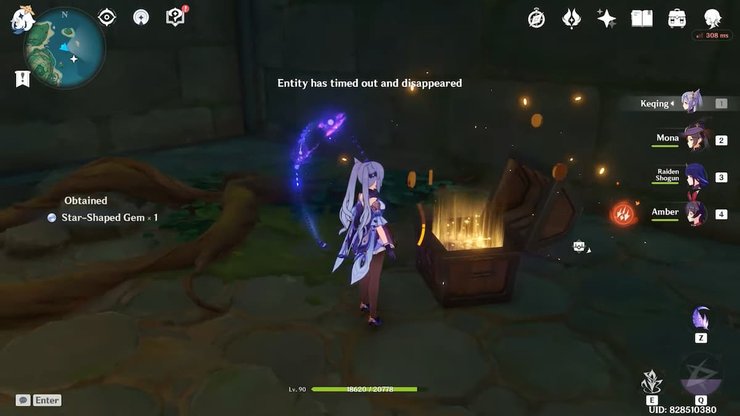 You will see the third gem in the chest up in the roof.

How to use Star Shaped Gem Genshin Impact

Continue in the ruins, then enter the round entrance where you will see the second relay stone puzzle. There are three big murals on the wall in a room on the side. As players approach the murals, they should be able to put the three Star-Shaped Gems on the walls.

Once the gems are situated, three Electro Seelie appear and fly away, leaving players with a treasure chest. 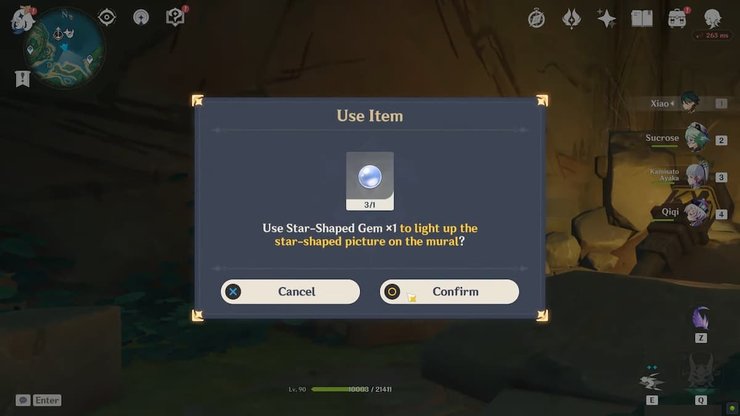 Use Star Shaped Gem to light up the mural.

You can find the first Electro Seelie high up on Mt. Kanna. Make use of Electrograna in the mountain’s center part to help yourself fly faster on the way up.

Below the Teleport Waypoint on the Shirikoro Peak is where you should head to and get the next Seelie. The third and also the last Electro Seelie is located on the unnamed mountain above the first perch you have cleared for the tutorial of the island. When you have chased down all the Electro Seelie, they will get you to the same spot where an Exquisite Chest appears as your reward.

Apart from Electro Seelie, you may want to hunt for all Tsurumi Island Electroculus.