The rarest items in Minecraft range from the most beautiful, useful, to dangerous things a player can encounter or craft.

Item rarity is a Minecraft mechanic that puts items in separate colors in the Hotbar. The hues symbolize how powerful or useful they are as well as the level of easiness for obtainment.

While Common items are white, Uncommon ones have a yellow hue. The Rare items own a cyan tone and the top elusive Epic ones are purple.

Those who want to mine every block and create all things possible should make sure to be on the lookout for the rarest items in Minecraft.They will offer players unimaginable potential or result in a recipe that can. What is the rarest thing in Minecraft 2021? Check our list for more details.

One of the top 10 most rarest items in Minecraft cannot be crafted so you will need to dive your way into ocean ruins or shipwrecks to get it. Heart Of The Sea often locates in buried treasure chests that are already tough to find. This item is not a mere trinket as it is the main component to an even more uncommon item: a Conduit.

What is the rarest thing in Minecraft 2021? A Conduit. This aquatic implement offers lots of boons when deployed in the water. It grants players within the deployment site’s range the ability to mine faster, breathe underwater, and a vision that may pervade dark waves.

End Crystals which are the among rarest items in Minecraft 2021 reside atop the obsidian pillars in The End as the respawning and healing tool for the Ender Dragon. The sinister crystals can cause explosions when struck or ruined by conventional means. An End Crystal can only be crafted with hard-to-find materials.

In order to make an End Crystal, you will need a Ghast tear, 7 glass blocks, and an Eye of Ender.

Players usually use an Enchanted Book to embed weapons and items with Minecraft enchantments. The Enchanted Book can be crafted when you put a regular one into the Enchanting table and immerse it with an effect. However, the already-enchanted armor bits and weapons can spawn on mobs like zombies. This is quite rare and those enchantments on the gear are always random.

Being an Epic item that merely serves as a cosmetic ornament, Banner Pattern can create diverse images on an opted Banner when it’s placed with one in a Loom. 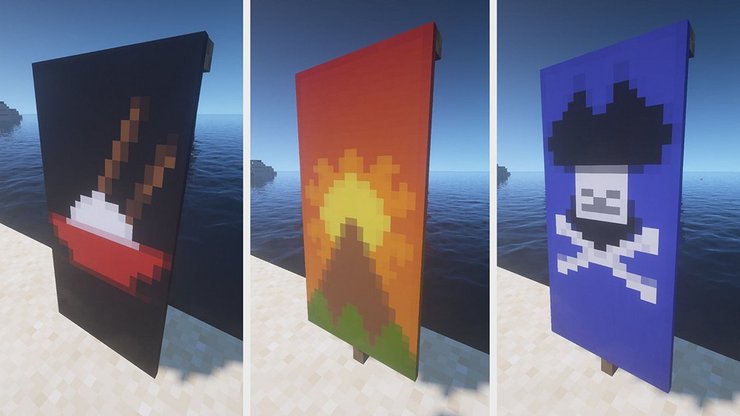 These banners will make your collection look more appealing than ever,

Players can craft each pattern by mixing paper with a particular item on the Crafting Table. While some patterns may require a non-paper material such as Oxeye Daisy, others might be relatively tricky to seek, namely a Wither Skeleton Skull.

Beacons are one of the game’s brightest blocks. Not only used as a source of light for impressive adornments but they also help one find the way back home. Players have no other way apart from crafting these ornaments from some rare ingredients such as obsidian, glass, and Nether Star. Minecraft beacons are also the rarest items in Minecraft, but we have a complete guide on how you can make them.

The most difficult component to obtain is the Nether Star as it is only dropped when you have defeated the terrifying mob boss Wither.

This satiny Rare item is a kind of food that grants players the effect of Absorption I which offers two golden hearts as armor. Although it only last 2 minutes, it also providers the eater with a Regeneration II effect, helping to heal half of a heart per 0.4 seconds. 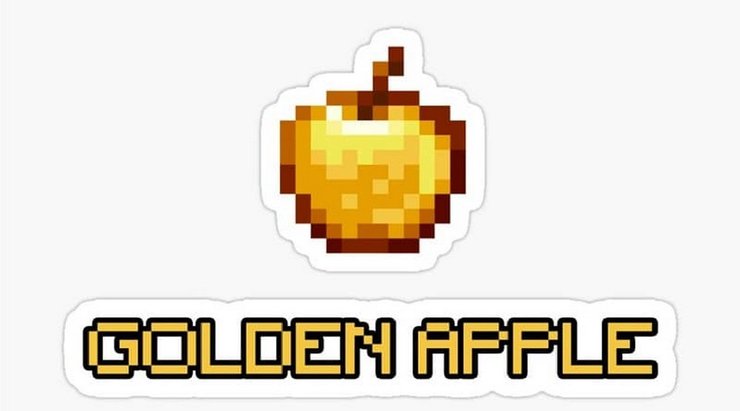 Golden Apples are the hardest items to get in Minecraft.

While we can totally craft a Golden Apple, it would require some Gold Ingots. To be exact, eight of them are needed to be put surrounding an Apple on the Crafting Table.

In Minecraft exist 13 one-of-a-kind music discs. Each of them has a unique tune and colored appearance. Moreover, their numbers range from cheerful sounds to ominous melodies and even jazz tracks. You can only play the music after placing these discs into a Jukebox.

You can found these beautiful songs in chests from Woodland Mansions, dungeons, buried treasure, and Bastion Remnants. As they are the top-tier item from every true collector, it goes without saying that music discs are a top entry in the top 10 most rarest items in Minecraft.

All gamers should be familiar with these eggs because it is the sought-after trophy in their very first playthrough. Dragon Egg just spawns once in The End. Moreover, you must defeat the Ender Dragon prior to when the Minecraftia portal opens and this Dragon Egg comes available close to it.

However, you cannot use normal methods to mine it because it can teleport when somebody attempts to hit it using a pickaxe. The most proper means to harvest it is for players to use a Piston and push the Egg off the pedestal. This will make it drop as an item instead of a solid block.

And the top choice regarding the hardest items to get in Minecraft goes to Enchanted Golden Apple. These upgrades have better effects compared to their authentic Golden Apples version. The top name of the rarest items in Minecraft 2021 goes to Enchanted Golden Apples!

They bring about the Absorption IV effect which grants a surprising 8 hearts of golden armor for an entire two minutes. Also, it endows Regeneration V or II depending on whether the playing version is Bedrock Edition or Java respectively. In a full 5 minutes, it also grants Fire Resistance I and Resistance I.

Since they belong to an Epic tier, Enchanted Golden Apple cannot get crafted. You can look for them in chests from mineshafts, dungeons, Desert Temples, Bastion Remnants, Woodland Mansions, and Ruined Portals. However, their spawning chance only varies from 1% to 7% in each location.

Related post: What Do You Need To Craft Shields In Minecraft? Are They Useful?