The Golden Wolflord is the new giant boss that players have to face off against in this update. You can see its location and what to watch out for when fighting it here.

Genshin Impact 2.3 keeps the expansion of the game going on with new enemies and locations to explore. The new boss, Golden Wolflord, is now existent in Teyvat.

The monster is created by an Alchemist called Gold who designed demons and even corrupted a huge dragon. In Genshin Impact 2.3, it is confirmed that Gold is Rhinedottir who is the master and creator of Albedo. 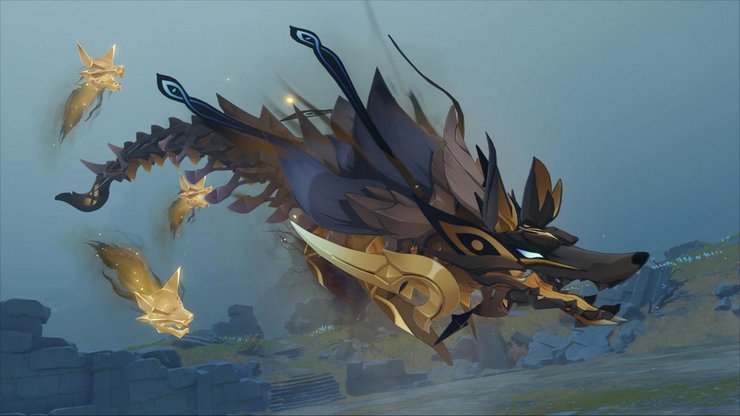 How to defeat Golden Wolflord Genshin Impact? Check out the most useful strategies below!

So how to defeat Golden Wolflord Genshin Impact. Read our article for instructions.

You can find the Wolflord in the empty lot in Tsurumi Island. It is accessible when you use the Teleport Waypoint south of Tsurumi Island. At first, it looks like there is only a visible “rift”. Walk closer to the rift to summon the boss. 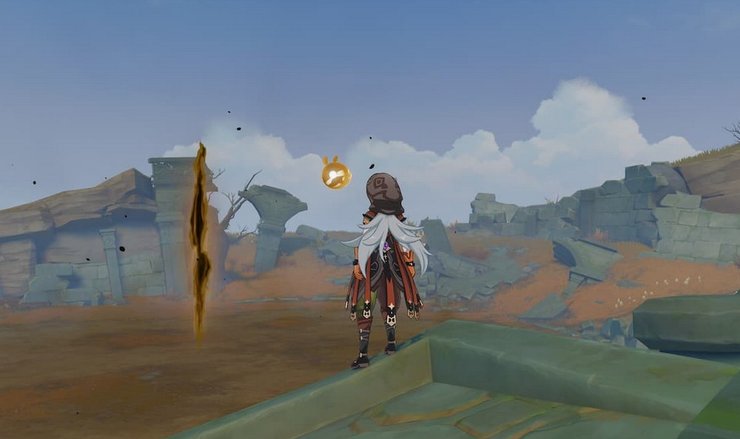 The Wolflord will emerge out of a dimensional rift once players approach the center of the arena.

There are three main tips to put the Golden Wolflord Genshin Impact down.

Like other Rifthounds, Golden Wolflord can float and now even fly out from the range of melee attacks. Use Catalyst or Bow user to attack the Wolflord more precisely.

The Golden Wolflord Genshin Impact also has the ability to apply Corrosion debuff when targeting players.

Corrosion means losing HP continuously every second. This debuff can bring Active characters down. If a non-active unit’s HP is below 15%, Corrosion will no longer affect them.

Although the effect can’t do harm if you can quickly kill the boss, those who struggle will need a dedicated healer in their roster. Diona and Bennett are good but not enough. Instead, you can bring Barbara for easier combat.

barbara will be the best healer in fighting the Wolflord.

After the boss loses one-third of the HP, it will shield itself while calling out three Rifthound Skulls. Unless players can one-shot it before, the monster won’t be vulnerable to any type of damage.

Use Elemental attacks to destroy these skulls, most recommended is Geo damage.

A low-level Ningguang can already do this one job well. Besides, as the Wolflord is a Geo monster, it’s highly viable to use Geo characters. Swtich to Geo units to break the shield of the boss.

Similar to normal Rifthounds, it can enter the Devourer State at which their attacks are stronger but the resistance to the corresponding element is decreased. In short, at some point, the Golden Wolflord will be weaker to Geo than other damage types.

After you have destroyed the Skulls, the big boss will lose the shield and fall to the ground. This is the time you have to quickly defeat the Golden Wolflord.

After putting down the boss, players need to use Resin to collect rewards. These are the materials and artifact sets you can get: