Top 5 Secrets In The Golden Apple Archipelago You May Miss

The Golden Apple Archipelago is a new area to explore in Genshin Impact. Here are the top 5 secrets of this archipelago you may have missed.

Traveling around the map, you may have explores all small and big islands throughout the map. But you may miss a small lonely island in the northeast-most corner or the map. You cannot reach this corner near the edge of the map because of fog. To reach this isle, you need to find a hidden journal about this island in the secret cave on the mountain cliff right under the teleport waypoint in the Twinning Isle. 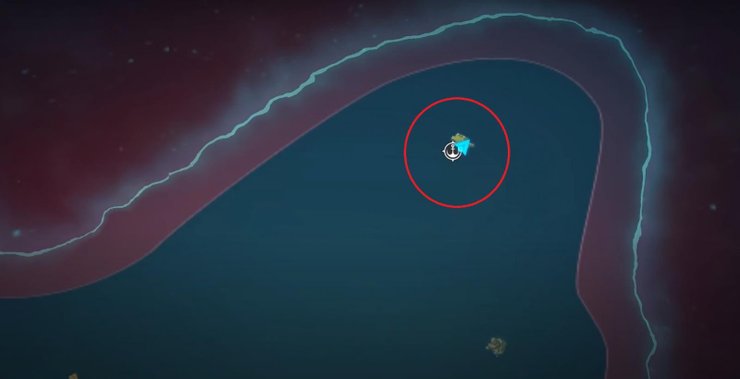 You may miss this small island in the fog.

Read the journal to unlock the hidden quest titled "A Trip Through Fog And Wind". You can only do this quest between 10 a.m and 2 p.m. Then, follow the winding path to reach this island. Don't forget to avoid whirlpools that may break your boat. 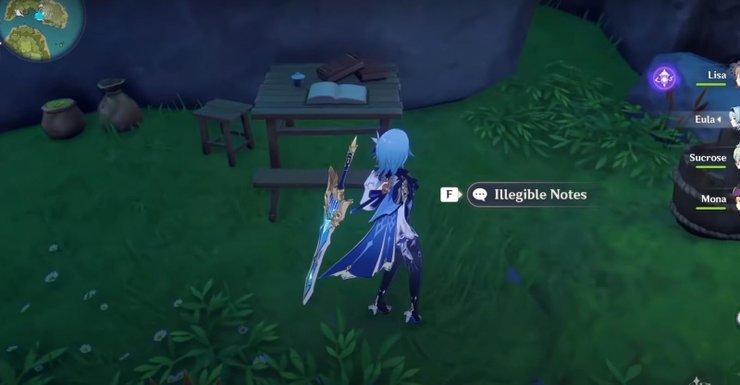 Find the note of guide to the island.

You'll find three luxurious chests and other normal chests on that island. This isle also has an unknown painting on the rock. Capture it for the quest. Find the mural and treasures on this island.

On the adventure around the Golden Apple Archipelago map, you will see a lost Seelie on the Minacious. Follow the Seelie and you will unlock a quest titled "The Winding Homeward Way" on the bottom of a broken column. Then, follow the guidance of the game to complete this quest. You need Anemo, Cryo, and Pyro characters to activate the totems and do the quest. Besides, don't forget to capture the Mural paint on the rock wall.

You also find a ship broken in the middle on the coast of the Broken Isle. Firstly, you also see a Mural paint here. After taking the photo, you climb to the top of the island and find the broken ship. Travelers can easily find a piece of Somewhat Rotten Wood Plank.

Find two half of the broken ship.

Then, it will unlock the secret quest called "From Outer Land". After that, you need to find the rest of the ship on the small island between the Twinning Isle and Pudding Isle. There is another plank there. You need to combine them. Collect the wood planks and combine them.

Travelers will explore this secret in the Broken Isle of Genshin Impact. In the center of the island, you also find a Mural Paint. It's also the guide on how to solve the puzzle. Your mission is to manage the water level in five water pools around the island. 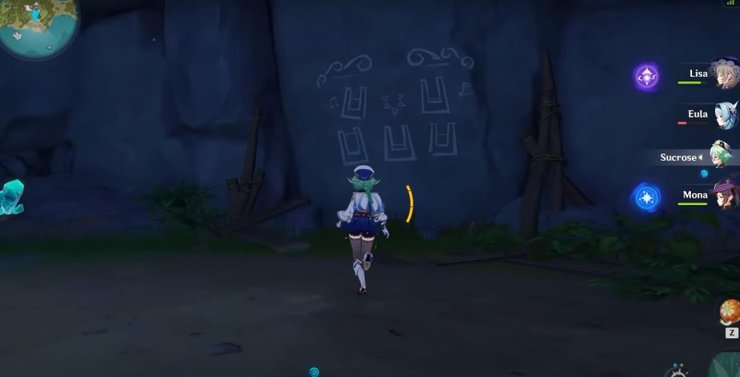 Find the guide of the musical puzzle

The required water level is noted in the Mural paint in the hidden cave you have unlocked previously. There are three levels of water, including Mid, Low, and High marked on the wall of the pool. You step on the ascend and descend stone buttons on the edge of the pool to adjust the water level according to the note in the pain. 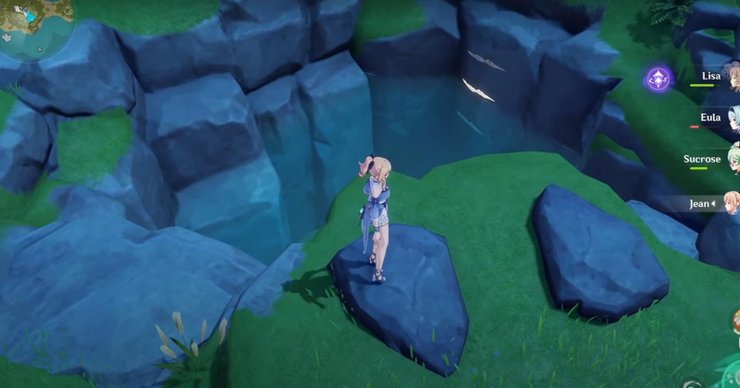 Adjust the water in the pools.

Next, you glide to the Waverider Waypoint in the North of this island and solve the column puzzles next to it. The order of the puzzle is also marked on the column, from 1 to 5. Step on the stone button in the right order and the puzzle is solved. 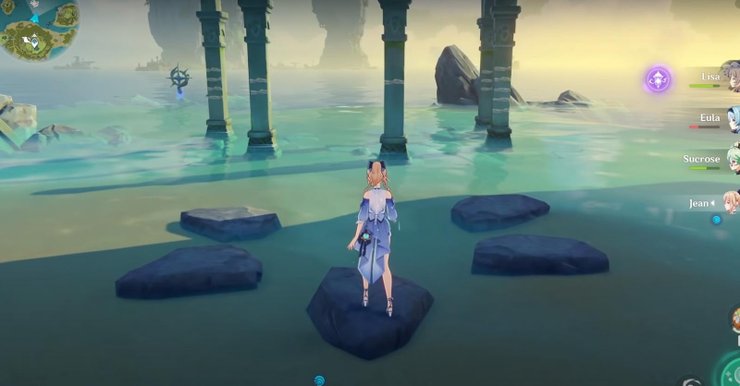 You have captured the picture of four mural paints in previous secrets. They are also the keys to this final secret. The last mural paint is in the arch on the main island of the Twinning Isle. Take the fifth picture and take them to see Sayid in the Favonious Headquarter Library in Mondstadt to complete the quest "The Other Side Of The Isle And Sea".