What Does Hay Bales Do In Minecraft?

The hay bales in Minecraft actually go for many uses, more than you could ever think of. Read on to find out what they are!

There are so many blocks in Minecraft that one could easily lose track of what they're holding in their hands. Everywhere you go, there are some types of unique blocks to discover. If you happen to stumble upon a village in your journey, you may also see several hay bales laying about.

We all know that wheat hay is food to livestock mobs such as donkeys, mules, llamas, and horses. But what about the hay bale? What is it doing in your Minecraft world?

What Can You Use Hay Bales For In Minecraft?

Hay bale blocks are more than just mere decorative blocks for your farm. They're actually more useful than they seem. You can break the hay bale to get wheat and feed your horses. This will trigger the Love Mode, which creates baby animals. Technically speaking, the hay bale works in the same way, only much better. 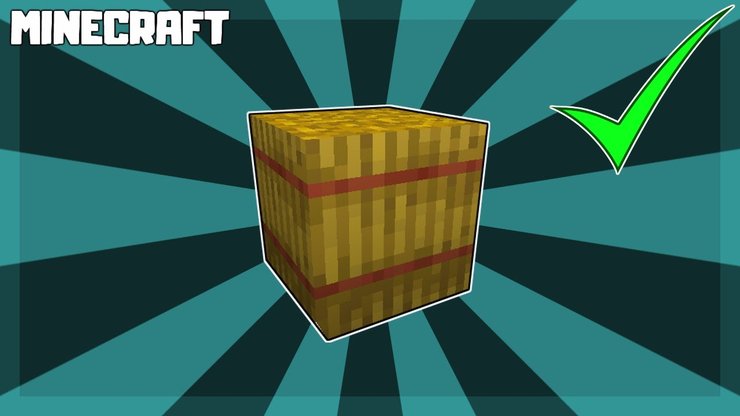 These blocks are more useful than they look.

Hay bales act as an infinite source of food for your livestock in Minecraft. Whenever you place a hay bale next to llamas or horses, they'll immediately enter Love Mode and breed. This allows you to create an automatic livestock breeder using only wheat.

Feeding livestock mobs a hay bale will heal them up for 10 hearts. Each block of hay bale also speeds up the growth time of baby horses and llamas by 90 seconds.

Interestingly, you can use hay bales to protect yourself from fall damage. Whenever you land on a block of hay, it reduces the fall damage by 80%. However, if you fall from too high up, it won't save you. You'd be better off with a bucket of water in those situations. Another use for the hay bale is to make a signal fire. Simply put a hay bale on a campfire in Minecraft to make one. The signal fire increases the height of the smoke column by 2.5 times. It's a great way to signal your friends or reveal your locations for rescue.

How To Make Hay Bales In Minecraft?

Just like in real life, hay bales in Minecraft are made of wheat hay. For one hay bale block, you'll need 9 wheat. Place all the wheat to fill up the Crafting Table grid to make a hay bale. Once placed, the hay bale will stay in the position until you or someone else destroys it. You May Also Like: How Many Strongholds In Minecraft Can You Find In One Single World?